Last week, the Diana painting, by Richard Widdas was packed away and taken to a studio for conservation treatment.

But what do we know about the artist? Maritime Media Volunteer, Janet Adamson tells us more.

On this painting, displayed in Hull’s Maritime Museum, we can see the Diana, one of Hull’s renowned whaling ships. In 1866, the Diana was trapped in the ice and consequently the crew were forced to over-winter. This was not uncommon towards the end of whaling as a commercial concern as the ships ventured further north to seek their catch and then struggled to progress and became icebound.

The painting shows members of the crew dragging the whaleboats and carrying supplies in the moonlight. The ship’s dog Gyp can also be seen, however, Gyp was to become a casualty of the trip as, sadly, he was shot by his owner when he began to show signs of hydrophobia, a signifier of rabies. John Gravill, the ship’s captain was also a casualty of that winter (there is a memorial to him in the Western Cemetery), along with many crew members. However, the Diana did sail on until she was finally wrecked off the Lincolnshire coast in 1869 on its journey home. This was the end of whaling locally.

The same artist also produced this painting of the S.S. Romeo, a steamship which was built for the Wilson Line, Hull by Earle’s Shipbuilding & Engineering Co. in 1881. It mostly travelled the route between Hull and Gothenburg, a voyage of approx. 42 hours.

In the Ferens Collection but not currently on display, is another work by the same artist also oil on canvas entitled ‘Shipping Off Hull’ dated 1879.

There are different types of vessel in this scene, both steam and sailing ships, paddle steamers and rowing boats. In the background is the dock basin with an array of masts and the shoreline can be seen.

It would be understandable to think that these are painted by a maritime artist but this is not really the case.

The artist, Richard Dodd Widdas lived and painted in Hull, although he was born in Leeds in 1826. His father, John, was a portrait painter. Richard married a local girl, Margaret Gaw in 1847 and their first home was in Lucas Square, New George Street, Hull.

Richard describes himself as a Portrait and Animal Painter and the greatest proportion of his work illustrates his skills in those fields.

He was also a talented photographer, and this may explain the fine detail shown in his work. Apparently, it is said, that much of his work consisted of copies but is reputed to have had considerable talent of his own – and it is fair to say that his work has been and continues to be copied into print form and still sells well. I can find no evidence of any formal training which Richard may have undertaken, but it may be that he learned his skills from his father and combined these with talent and a good eye for subject and detail.

In the 1860s, Richard and his family relocate to Bond Street, Hull and one could think that as he must have had a prime view of the ships in the Old Dock or Queens Dock as it was to become, that this would be the focus of his subject matter.

This drawing by Frederick Schultz Smith (1860-1925) of Bond Street from Albion Street, was drawn about 1885. It is a street scene depicting Bond Street from the corner of Albion Street and Jarrat Street looking south. At the bottom of the street can be seen the 'Tally Ho' public house with its 'Wine And Spirit Merchant' sign.

The premises of George Widdas, carver, and gilder, (and son of Richard )is halfway along the street on the left. There are tramlines in the road and possibly a tram in the distance.

However, it is clear, as much of his work shows, that horses and coaching scenes inspired him to a much greater degree. The family moved to the western side of the city which was under development as Hull’s population increased rapidly during the latter 1800s and Richard died in 1885.

Amongst his children were one who became a Carver and Gilder in the city (George) mentioned above, one who was an apprentice to the same and went on to ply his trade in London (Frederick) and another who started as a Painters Apprentice (Tom Dodd) but who became a Maritime Surveyor, so Richard’s creative skills and talent passed into another generation.

I could only find one individual portrait including only a person – painted of his wife, for his wife, perhaps as a gift. Although there are others which including animals such as ‘Rev. W Parker on a Bay Hunter with Hounds’.

There are other works, sometimes in sets of three or four which show coaching and hunting scenes. These are mostly oil on canvas but occasionally board on canvas. Hull Museums Collection has a number of these, those including carriages featuring in the Carriage Corridor in the Streetlife Museum. 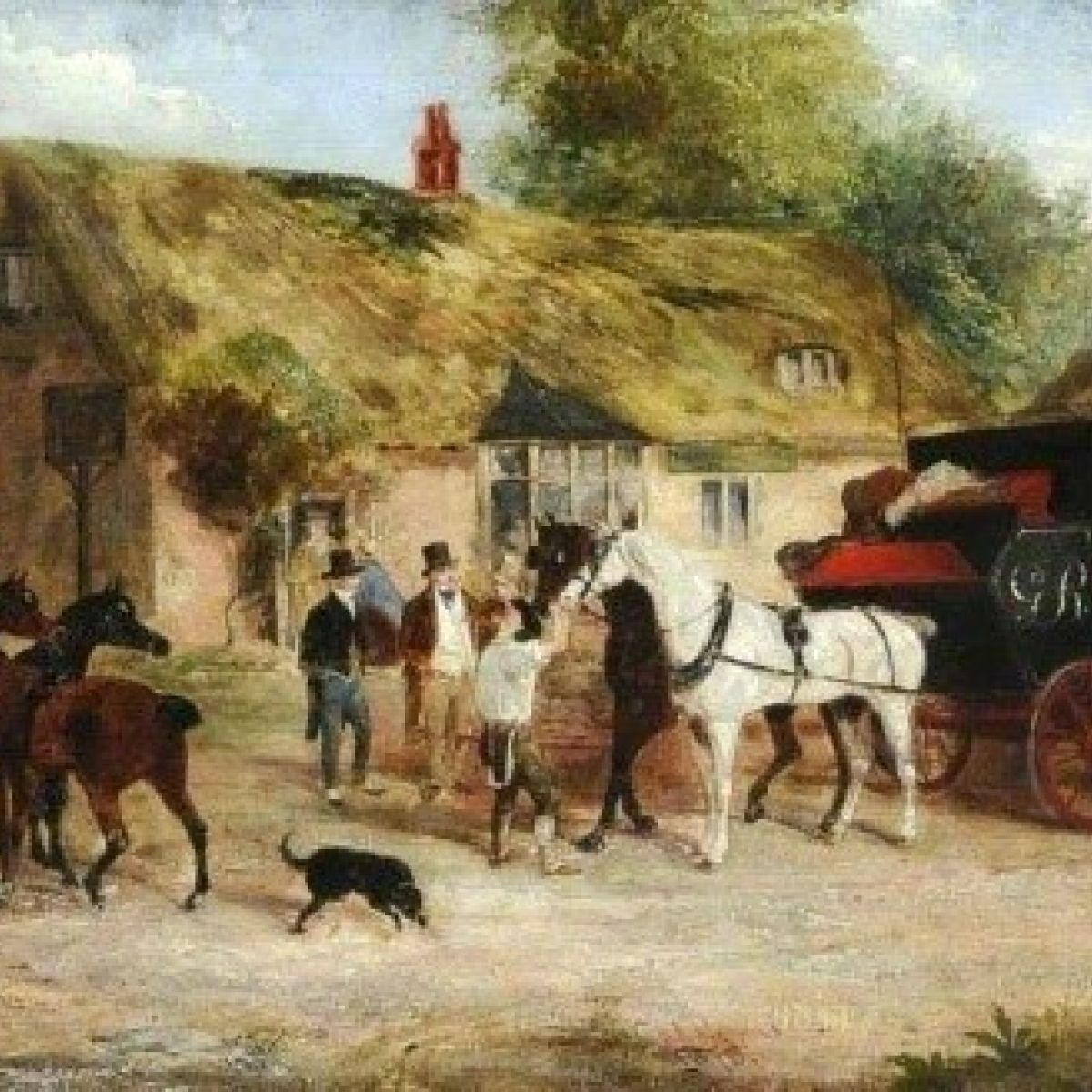 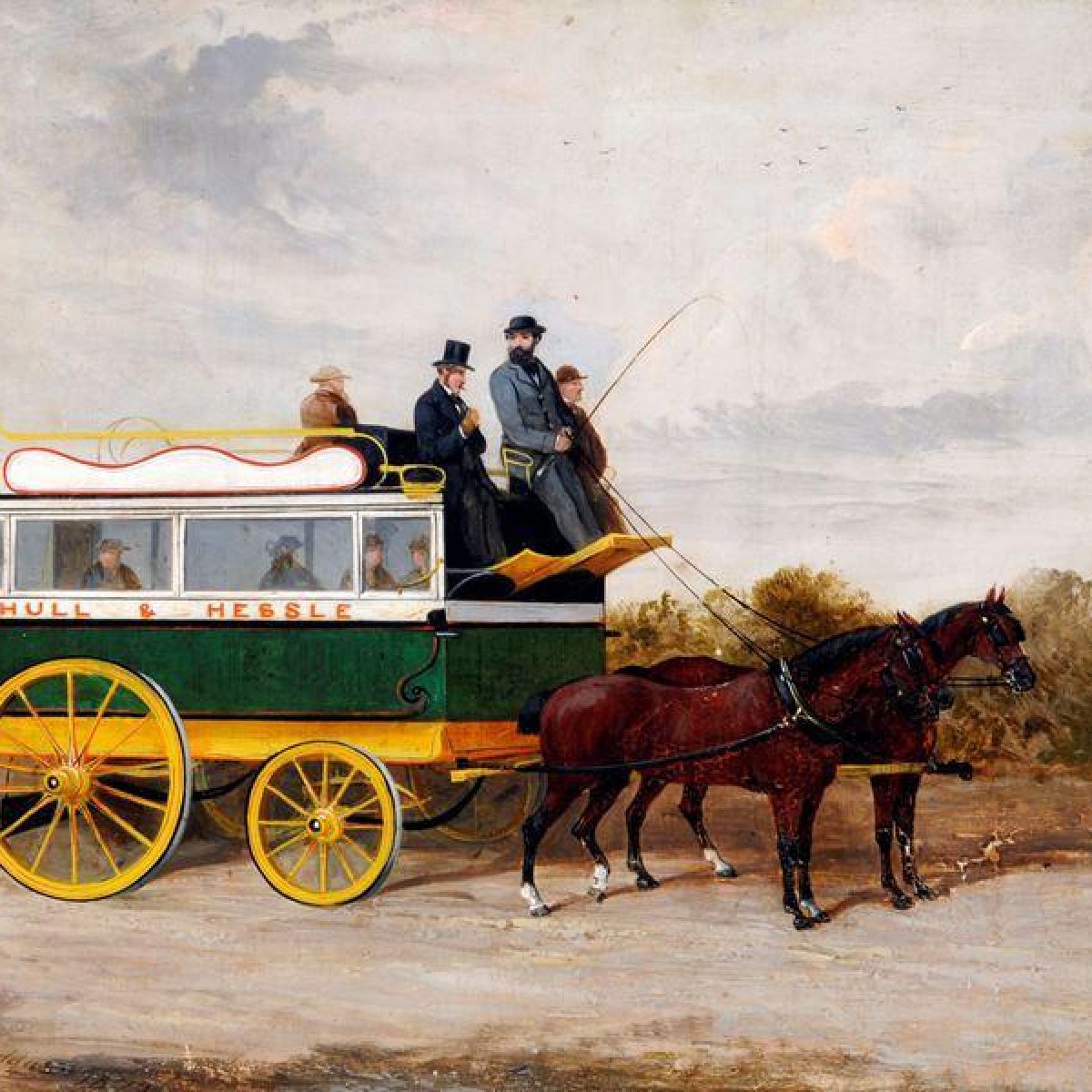 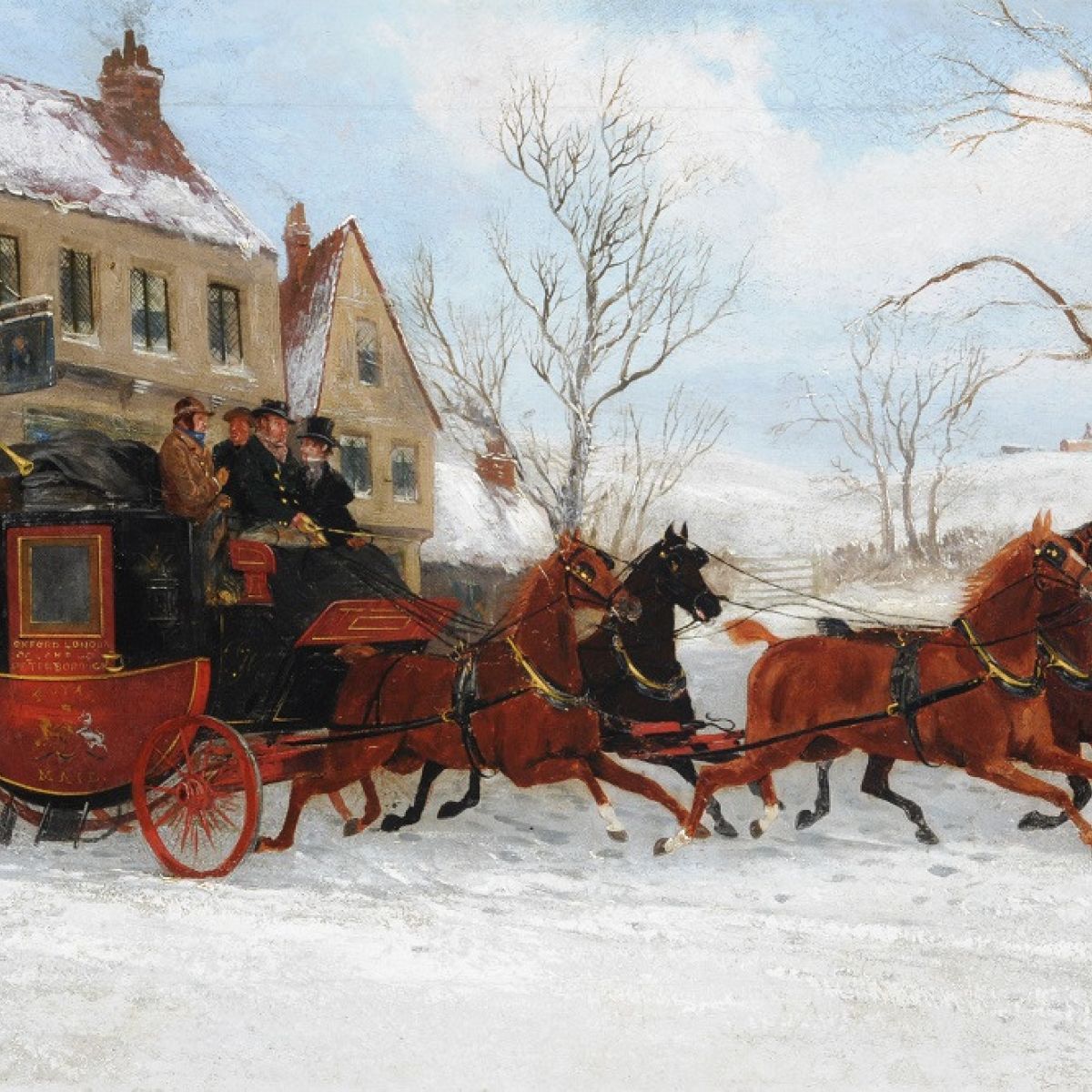 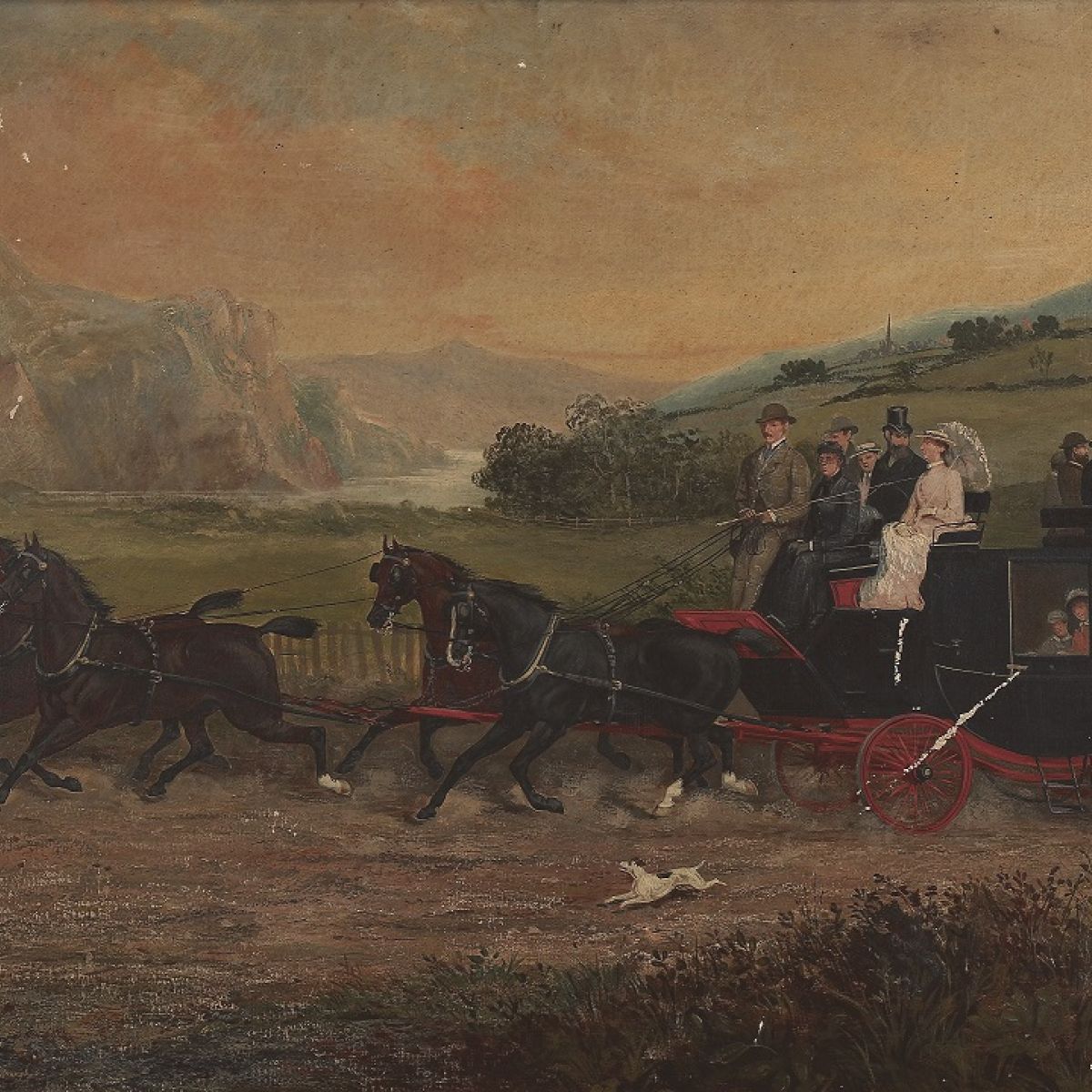 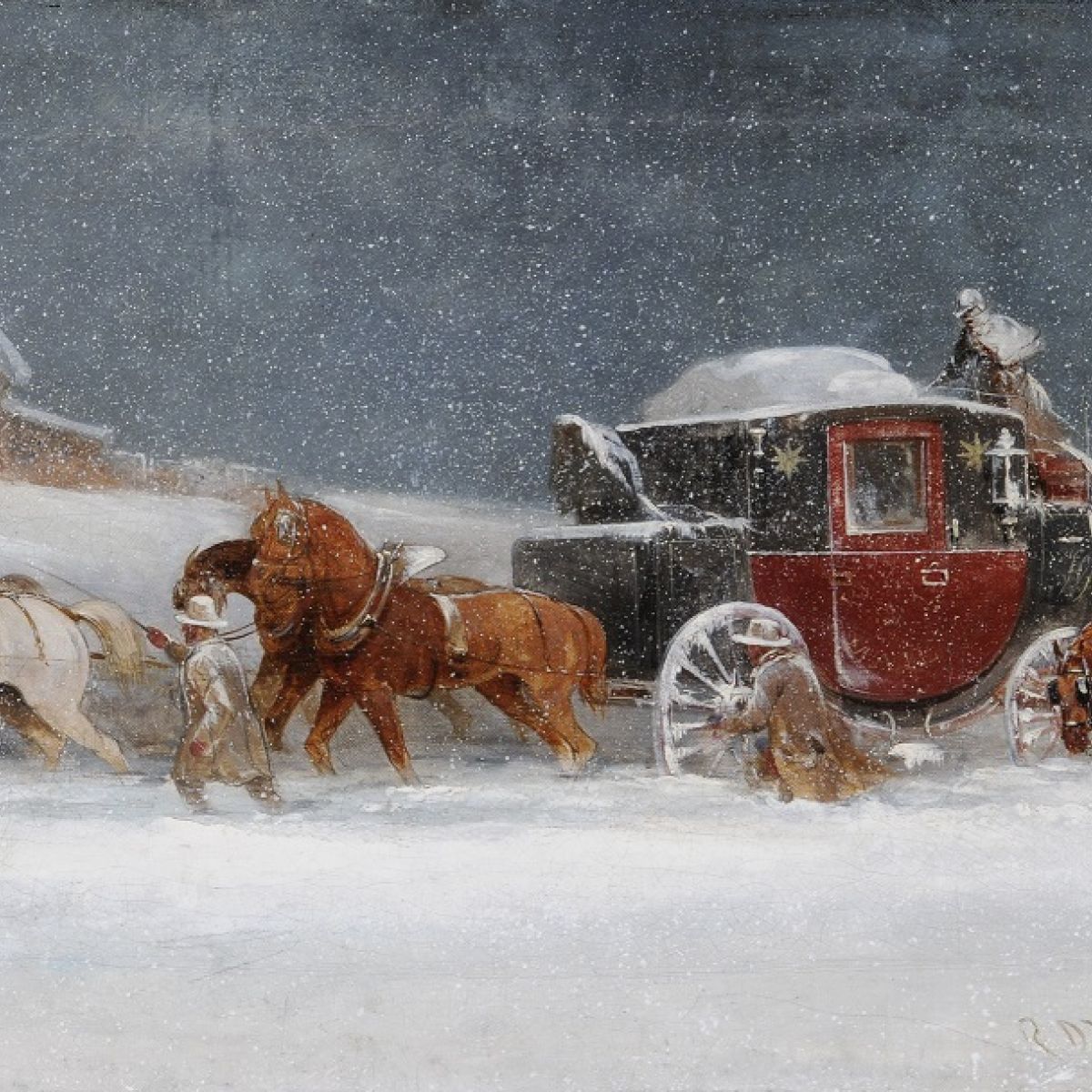 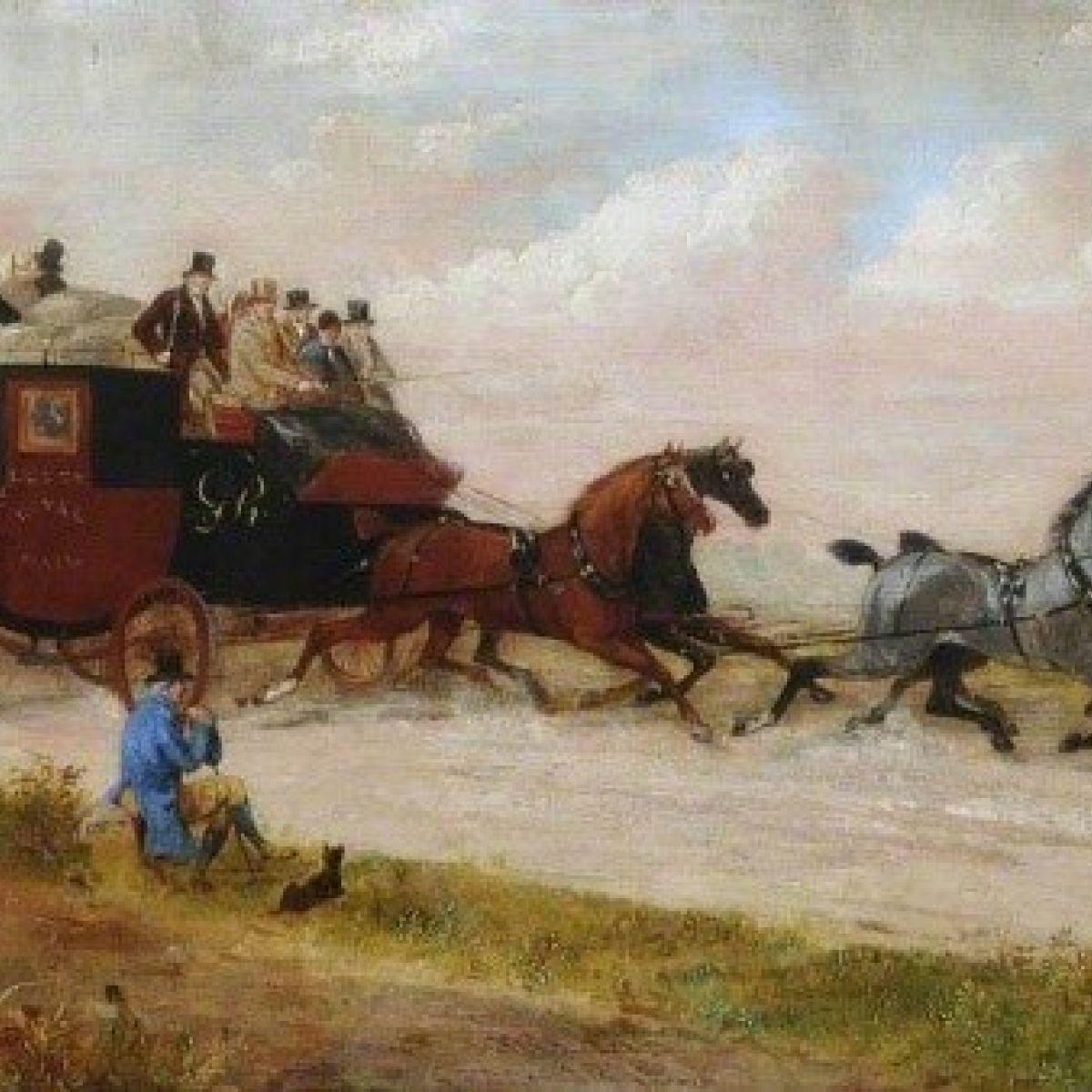 Some of these typify the traditional scenes on Christmas and birthday cards – a Victorian invention still part of our own Christmas traditions.

So we may not know much about Richard Dodd Widdas, but he is a respected local Victorian artist, and although he may not have used Hull often as the subject for his work, he produced some interesting paintings when he did so.