BLOG | A museum in transition

Maritime Media Volunteer, Emily Peach visited the Maritime Museum as the museum's vast collection is packed and transported into storage.

I last visited the Maritime Museum in October 2020, to watch the dismantling and packing of some of the large whale skeletons ready for conservation and storage. The fragile skeletons were the first items to be removed, and at that stage, the rest of the museum remained much as it had been when it closed its doors to the public in early 2020.

But now, in June 2021, the museum is a very different place. Most of the objects have been carefully packed by museum staff and the specialist team from contractors Constantine, and are gradually being removed, to be stored while the museum is refurbished. I was lucky enough to be able to visit and watch some of this process.

Each object has to be carefully condition checked, recorded, and packed in specially made crates to prevent damage in transit. The Conservation and Engagement Officer, Stathis, explained to us the challenges of removing some of the delicate objects from their display cases.

All around the building, packaged objects are waiting to be removed. 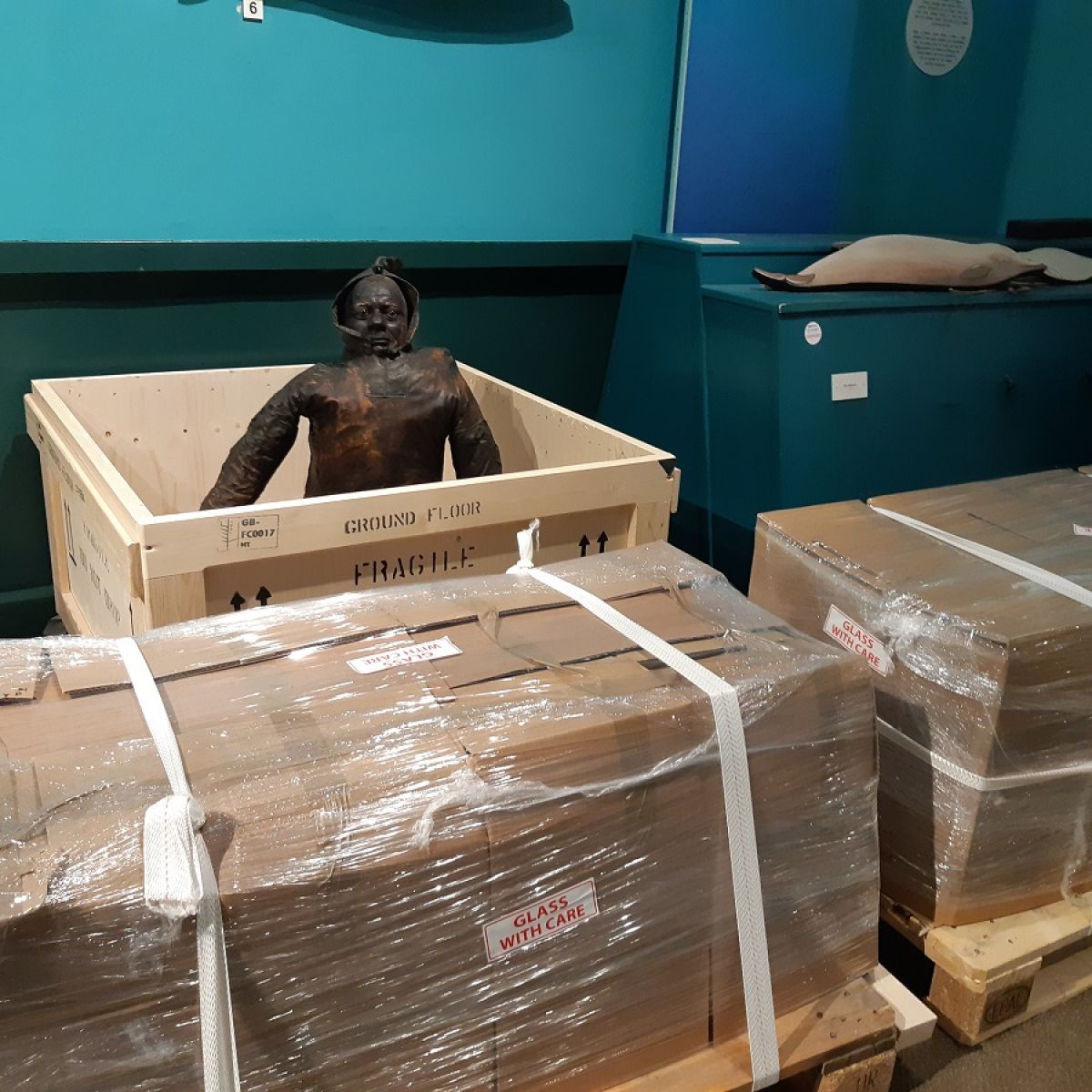 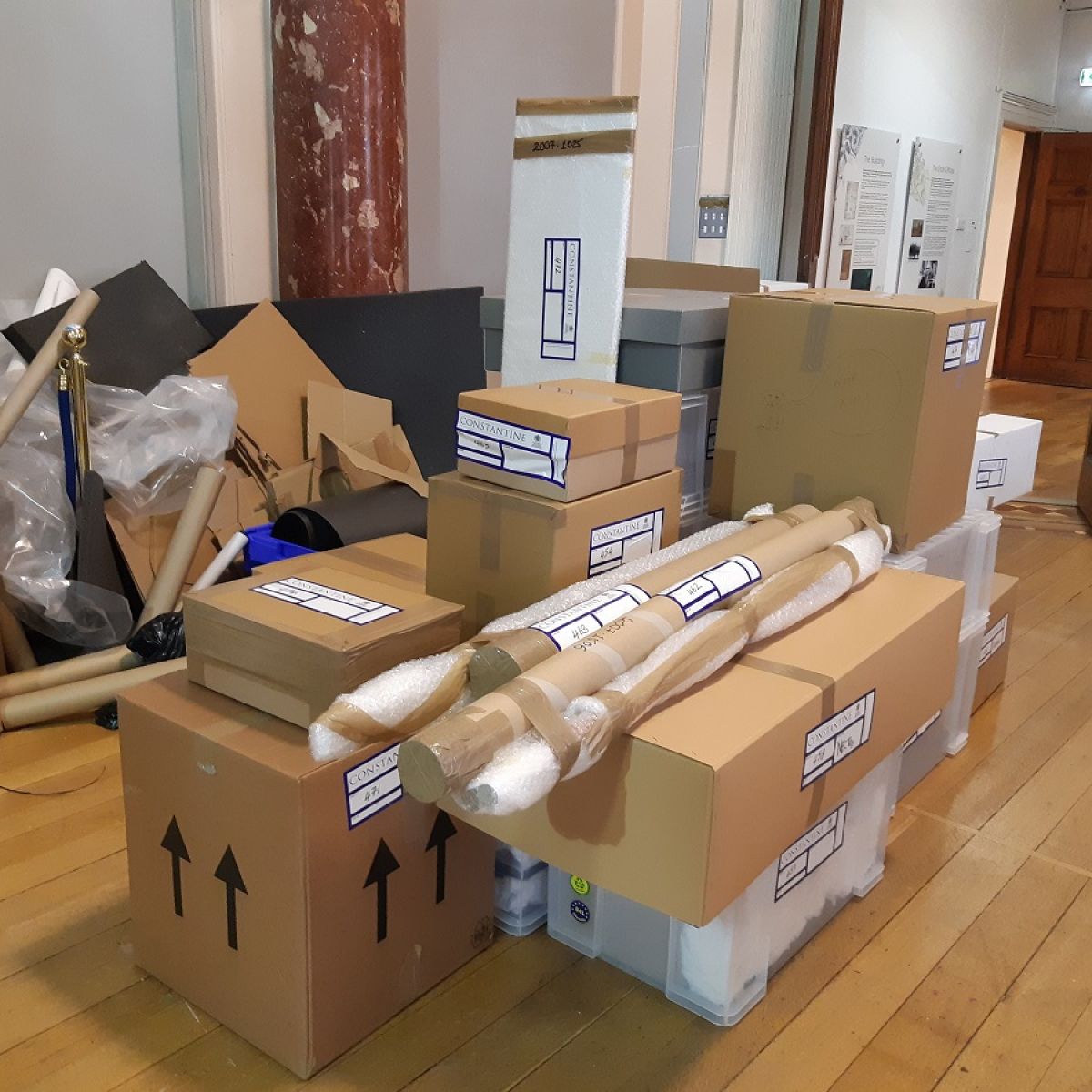 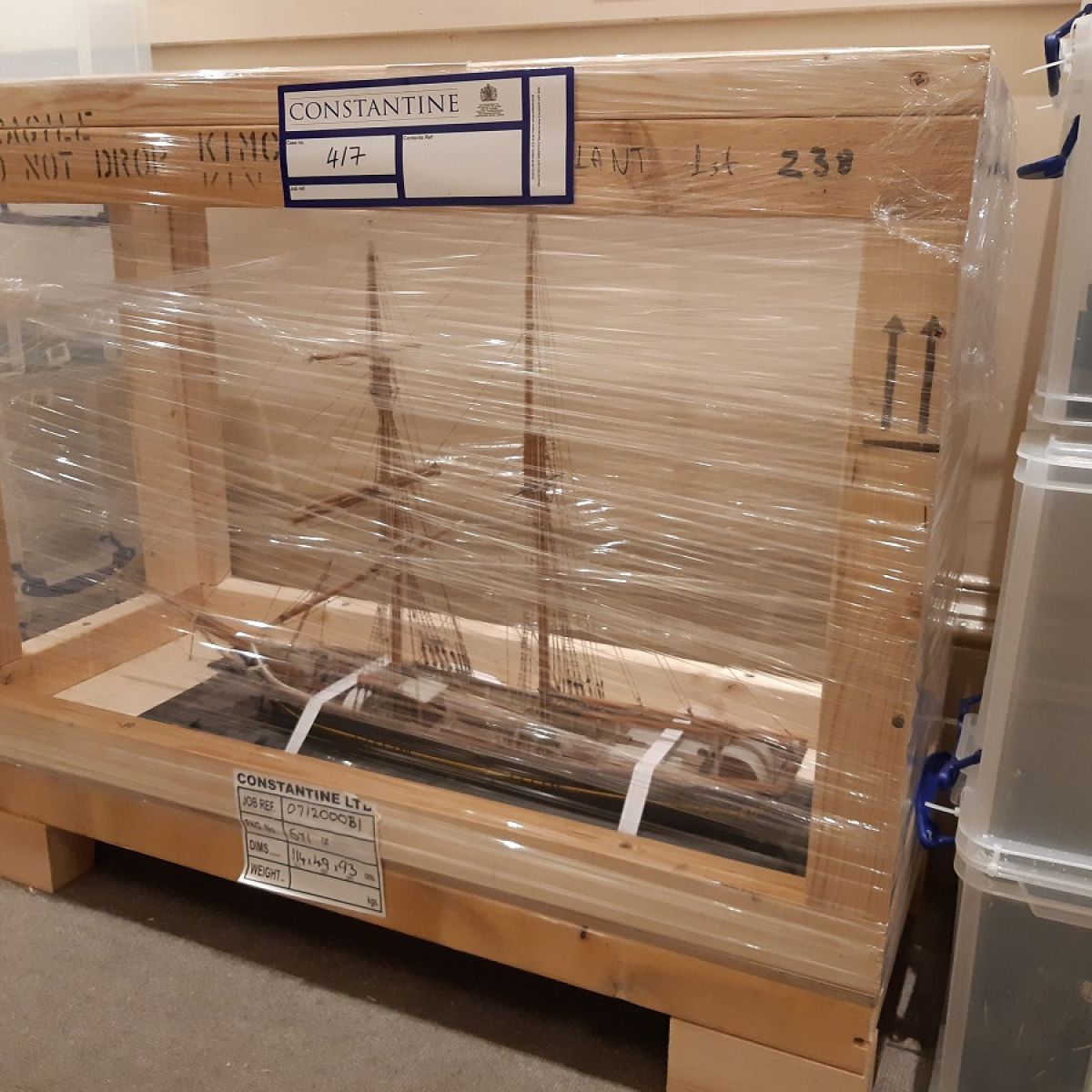 Each one is carefully labelled for easy identification, and each is meticulously checked out as it leaves the building, so that records can be kept of what has been removed. Some of the labelling reveals the rather unusual items you end up packing when clearing a maritime museum!

The packaged objects are wheeled down specially constructed ramps and loaded onto the waiting lorry.

Meanwhile, back in the museum, rooms now contain empty display cases, and the walls have just outlines and labels where pictures used to hang – it is rather a sad sight.

But this is a museum in transition, gradually inching closer to its reincarnation. The curator, Robin, took us on a tour of the top floor of the building, currently used as office space and storage, but due to be brought into public use.

There will be new exhibitions and displays, a planetarium to demonstrate how the stars can be used for navigation at sea, and access to one of the building’s domes, allowing 360° views of the city.

The opening up of the building’s central light well, with a glass roof, will create a full height atrium with walkways at different levels. The exciting renovations will not only provide space for the museum’s fascinating maritime collections, but will also make more of a feature of the beautiful, historic building itself. I can’t wait for my next opportunity to go behind the scenes and see the next stage of this transition!